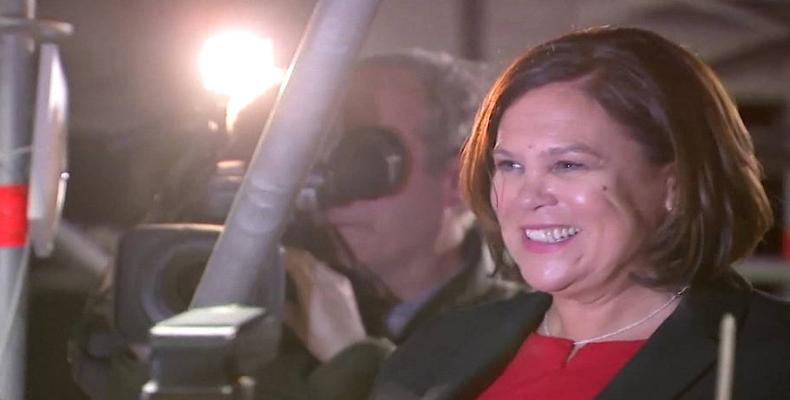 Dublin, February 11 (RHC)-- In Ireland, Sinn Féin is attempting to form a coalition with other left-wing parties after a stunning victory in the general election in which the party won the popular vote. The final count of the vote revealed today that Sinn Féin took 37 parliamentary seats, putting it just one seat behind center-right party Fianna Fáil.

Sinn Féin, which originally formed as the political wing of the IRA, focused their campaign on social issues including housing, homelessness and healthcare.