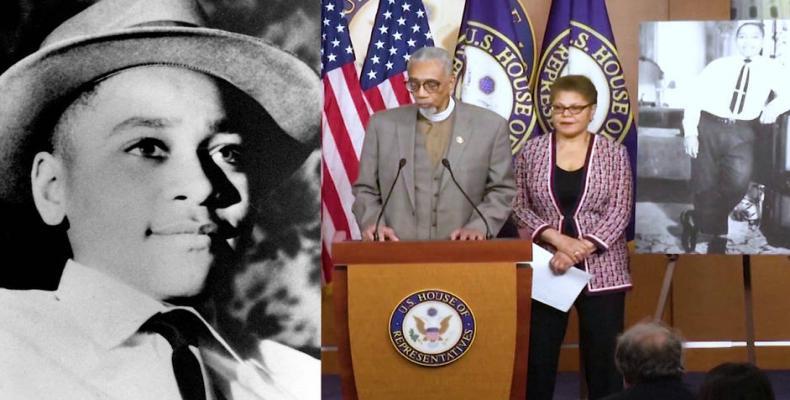 Washington, February 29 (RHC)-- The U.S. House of Representatives has voted 410 to 4 to make lynching a federal hate crime.  The Emmett Till Antilynching Act was named for the 14-year-old African-American boy whose killing 65 years ago remains one of the most horrific examples of racial terror in the Jim Crow South.

If signed into law by President Trump, the bill will finally end what proponents say have been 200 failed attempts to pass similar legislation.  Congressmember Karen Bass, Democrat of California, who co-sponsored the anti-lynching bill, told reporters: “A 1930 editorial in the Raleigh News & Observer noted the elation of the audience witnessing a lynching as follows: … 'Girls giggled as the flies fed on the blood that dripped from the Negro's nose.’  Lynchings were brutal, violent and savage public spectacles.  As I said, they were advertised in newspapers, and postcards were sold.  Souvenirs were made from victims’ remains.”