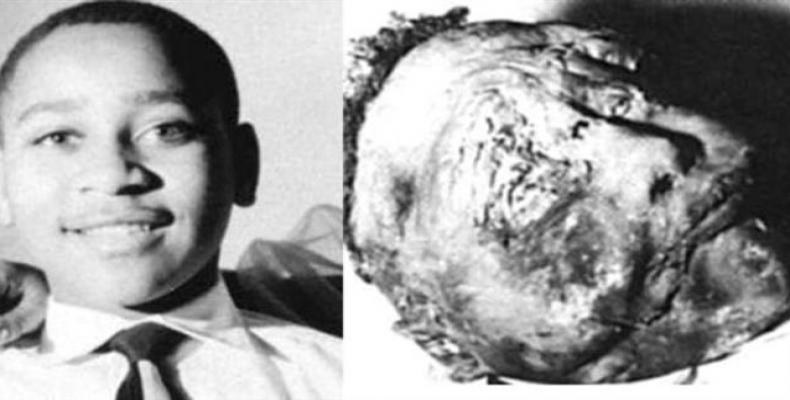 Washington, July 16 (RHC)-- The U.S. Justice Department has reopened the investigation into the brutal 1955 murder of Emmett Till, the 14-year-old African-American boy whose killing in Money, Mississippi, 63 years ago remains one of the most horrific examples of racial terror in the Jim Crow South.

Emmett Till was abducted, beaten and shot after a white female store clerk named Carolyn Bryant initially claimed Till wolf-whistled at her, though she has since recanted this claim.  After Bryant made the false accusation, Till was kidnapped from his uncle’s farm on August 28, 1955.  His corpse was found three days later in the Tallahatchie River with a bullet hole in his head, barbed wire wrapped around his neck and a cotton-gin fan weighing down his body.

Till’s mother, Mamie Till Mobley, held an open-casket funeral for her son in Chicago, and the published images of his brutalized body galvanized the civil rights movement.  Store clerk Carolyn Bryant’s husband, Roy Bryant, and his half-brother, J.W. Milam, were tried and acquitted for Till’s murder by an all-white, all-male jury in 1955.  The two later confessed to the murder but have since died.