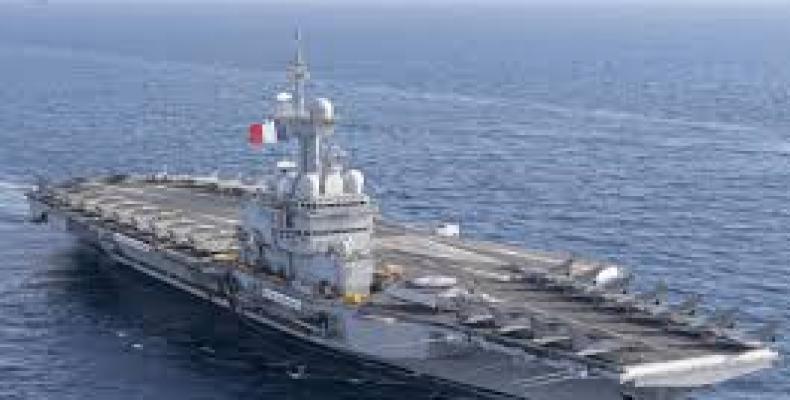 Paris, April 12 (RHC)-- A number of virus cases have been recorded among the crew of the country’s sole aircraft carrier, the Charles de Gaulle.  In a statement issued in Paris, the French Armed Forces Ministry said: “The results of 66 tests showed 50 cases of COVID-19 aboard the Charles de Gaulle.  There is no deterioration of the sailors’ medical condition at this stage.”

The ministry had reported earlier in the week that some crew members were showing symptoms, but did not specify the exact number.  The ship, which was deployed to the Atlantic, is continuing its return journey, which was initially scheduled for April 23rd.

“While awaiting the early return of the aircraft carrier in [the southern city of] Toulon… extra measures aimed at protecting the crew and containing the spread of the virus have been put in place,” the ministry added.

The nuclear-powered carrier has 1,760 personnel on board.  Parts of the ship have been put on lockdown and all the crew members are now wearing face masks.