Earthquake of 6.0 magnitude felt in Central America and Cuba 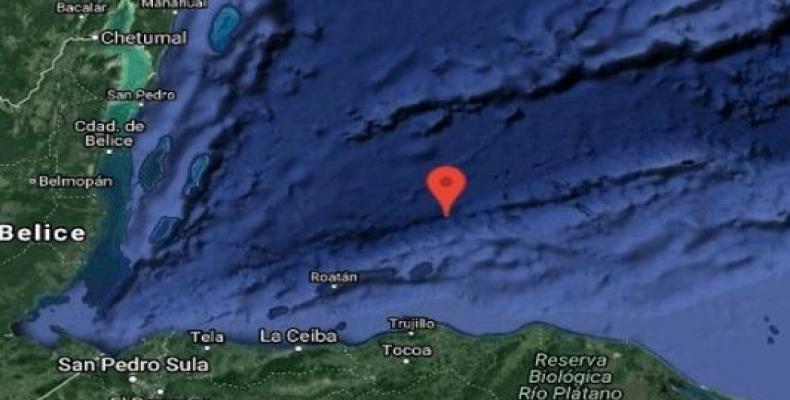 Havana, April 16 (RHC)-- During the early hours on Thursday morning, an earthquake of magnitude 6.0 shook the Caribbean Sea, and was felt in several Central American countries.  The epicenter of the earthquake took place 62 kilometers northeast of Guanaja, in Honduras, and was perceptible in Mexico and other islands in the Caribbean Sea, including Cuba.

Experts said the quake will not generate a tsunami warning in the Caribbean Sea.  So far, no casualties or material damage have been reported.  Users of social networks from Honduras, Belize, Nicaragua, Guatemala and the Mexican state of Quintana Roo reported feeling the quake.

Residents of Havana reported feeling an earthquake.  According to witnesses, it was perceptible in tall buildings in the Cuban capital.

The geological fault that produced the quake is far from Cuba, and only a long period and low frequency wave arrived.  According to the U.S. Geological Survey, the quake occurred at 2:04 a.m. local time, at a depth of 10 kilometers.