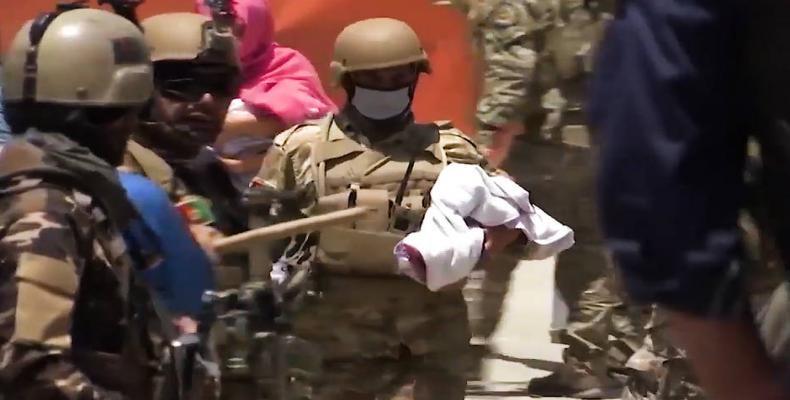 Kabul, May 14 (RHC)-- In Afghanistan, gunmen wearing police uniforms stormed a maternity hospital in the capital Kabul, killing 16 people — including mothers and two newborn babies.  The hospital was run by Doctors Without Borders and served the minority Hazara community, which has been targeted by ISIS in past attacks.

Meanwhile, in eastern Afghanistan, a suicide attacker struck the funeral of a pro-government militia commander, killing 24 people and wounding dozens of others.  The Taliban denied involvement in the attacks.
Afghan President Ashraf Ghani said, in response, he’s ordering his troops to go on the offensive.  He said: "In order to provide security for public places and to thwart attacks and threats from the Taliban and other terrorist groups, I am ordering Afghan security forces to switch from an active defense mode to an offensive one and to start their operations against the enemies.”