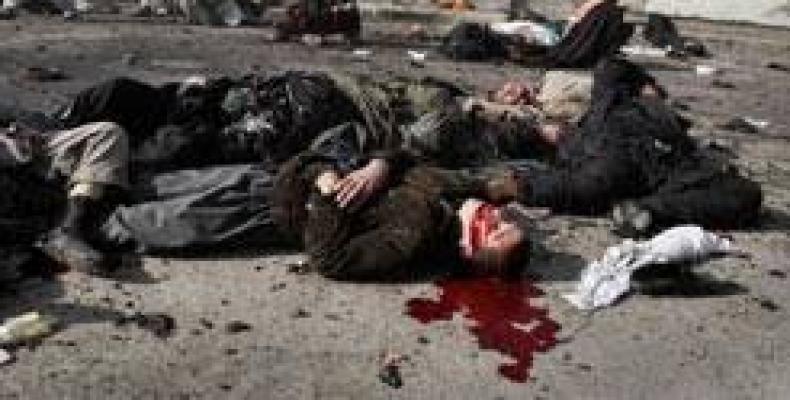 Kabul, August 18 (RHC)-- At least 63 people have been killed after a powerful blast rocked a wedding reception in the western part of Afghanistan’s capital, Kabul.  Nearly two hundred people have been injured.

Witnesses said the building was packed with guests when the blast struck, as it’s Afghani tradition to invite hundreds of people to weddings.  Videos on social media showed shocked women screaming and crying outside the Shahr-e-Dubai wedding hall.

Gruesome photos reportedly taken at the scene of the tragedy pictured bodies scattered on the floor amid overturned tables and chairs.