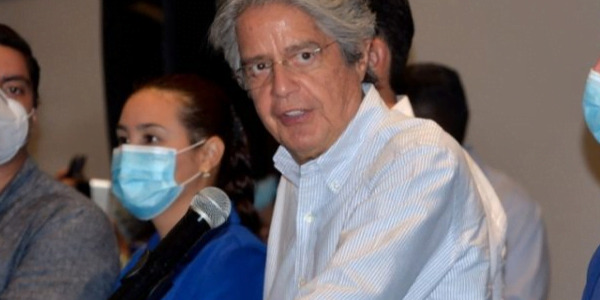 The elections of in Ecuador still do not have a clear second place, amidst allegations of fraud

Quito, February 12 (RHC)-- With just over 1,100 tally sheets (less than 3 percent) left to be computed in Ecuador's presidential elections, new data from the Andean country's National Electoral Council now place banker Guillero Lasso as the candidate who would occupy second place in the elections and with the right to move on to the April 11 runoff.

According to the latest figures, Lasso would go (as in 2017) to second round, after it appeared as irreversible the trend of votes and by the fact that Lasso passed in percentage to Yaku Perez, 19.66 percent to 19.61 percent, as well as that 1,000 of the 1,100 actas that still remain to be computed, are from the province of Guayas, where Perez has fewer votes.

The news of Lasso's entry to the electoral repechage had been anticipated by the calculations on the location of the tally sheets to be counted, areas of strength of Andres Arauz, in first place, followed by Lasso, which motivated the denunciation of alleged fraud by the candidate of Pachakutik, Yaku Perez: "They are putting more votes to Lasso according to the original tally sheet and to Yaku Perez they are putting less, that is the fraud."  He made the remarks in Guayaquil, when the news of his defeat was disseminated.

The candidate of the electoral arm of the Confederation of Indigenous Nationalities of Ecuador (Conaie), had already denounced a fraud since Monday, a claim sustained since then: "The Confederation of Quichua peoples of Ecuador just sent me that yesterday they filed a criminal complaint, and now the assembly members are going to do it, a shame, but if this is left in impunity we are being accomplices or encouraging corruption," said Yaku Perez surrounded by supporters.

Leonidas Iza, one of the main leaders of Conaie made a statement on the matter: "We have been critical and self-critical in this process, we have ideological differences, but in view of the threat of the right wing to attempt against the popular will, we will mobilize and we will not allow the right wing, wherever it comes from, to try to be above the popular decision", he said.

If Lasso's candidacy to the second round is confirmed, a scenario of confrontation between Arauz's progressive and Latin Americanist proposal, on the one hand, and the project of deepening neoliberalism and alignment with the United States, on the other hand, will take shape once again.