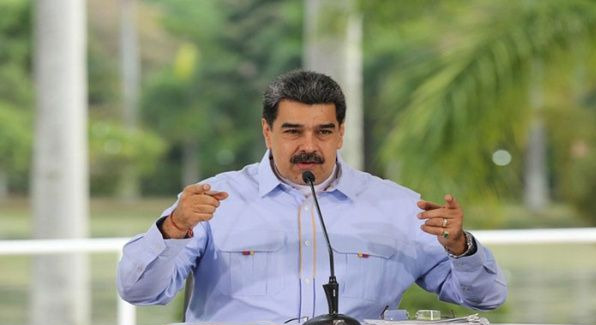 Caracas, February 28 (RHC)-- Venezuelan President Nicolas Maduro expressed this Saturday in the middle of the Bicentennial Congress of the Peoples that the South American nation will thoroughly review relations with Spain.

"We are going to thoroughly review all relations with Spain, enough of aggressios.  We are going to respond forcefully to any aggression that comes, whether by word, action, diplomatic or political," indicated President Maduro.

The Venezuelan president ordered Vice-President Delcý Rodríguez and Foreign Minister Jorge Arreaza to undertake the revision of diplomatic relations with Spain, "we do not accept any more interference from anyone, enough hypocrisy!

During his speech, the Venezuelan leader repudiated the statements made by the Spanish Minister of Foreign Affairs, Arancha González Laya, who questioned the Venezuelan political model during a visit to Colombia.

"The Spanish foreign Mmnister profits from the paramilitaries and the Colombian government.  Why doesn't she talk about the massacres against leaders and human rights defenders in Colombia?  Why does she go to Cúcuta to speak ill of Venezuela?" the Venezuelan head of state pointed out.