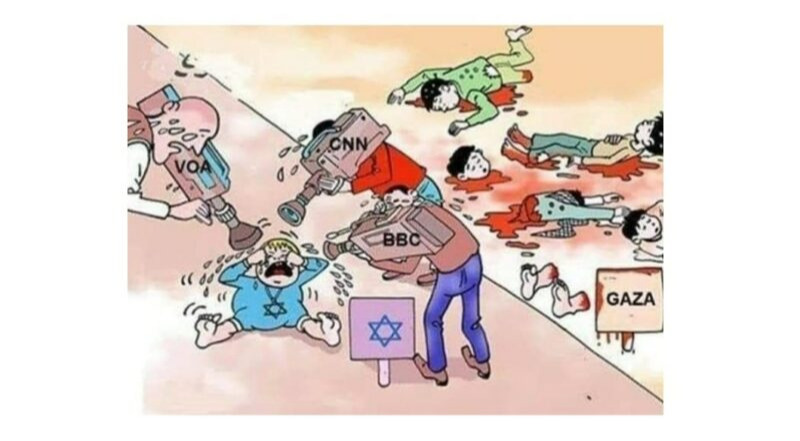 Gaza City, May 15 (RHC)-- Israel is deliberately obliterating media buildings in Gaza to cover up the war crimes that are taking place.  Observers said that the destruction of two important Gaza buildings housing 20 media outlets was both shocking and predictable.  Among the news agencies with offices and media equipment in the building was the U.S.-based agency Associated Press and the Qatar-based Al Jazeera.

Condemnation was widespread, with one eye-witness saying that history shows that if the media aren’t around to document Israel’s war crimes, it’s a lot easier for Tel Aviv to commit them.

Earlier this week, Israel bombed the 10-storey Al-Jawhara Tower, causing it to collapse.  Before doing so, it had ‘benevolently’ warned that the airstrikes were coming.  The following day, it bombed the 14-storey Al-Shorouk Tower, also giving warning it was going to do so.

Most reports have the buildings as evacuated before being levelled.  But without these media offices, reporting on Israel’s other war crimes will be left largely to what little media remain and citizen journalists.

A statement by the International Federation of Journalists (IFJ) noted the Al-Jawhara building housed the offices of 13 media institutions and NGOs.  And an advisory by the Committee to Protect Journalists noted that the Al-Shorouk building housed at least seven media outlets.

A further statement by the same committee said that the Israeli military had defended its bombing of the building via email, bizarrely claiming it had “acted within international law,” alleging the Al-Jawhara building housed Hamas’ intelligence and military offices, and saying the Al-Shorouk building was a base for Hamas’ military intelligence offices and “infrastructure to communicate tactical-military information.”