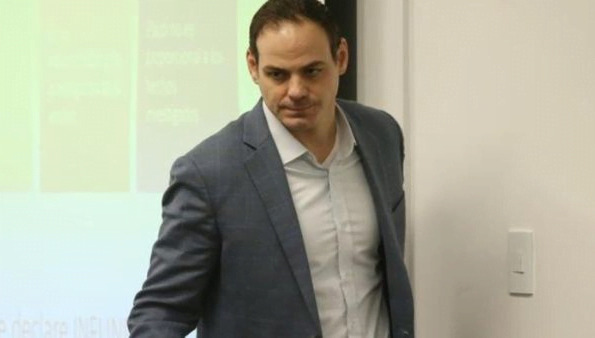 Lima, July 21 (RHC)-- A legal team of the Special Prosecutor's Office for Corruption Crimes in Peru has been commissioned to initiate preliminary proceedings against Mark Vito Villanela, husband of the right-wing leader of Popular Force, Keiko Fujimori, for the crime of money laundering.

The proceedings include gathering the accounting expertise of the company MVV Bienes Raíces, whose representative, Mark Vito Villanela, must present income and expenses of the company in contrast with the information of the sworn statements presented to the Superintendencia de Administración Tributaria (Superintendence of Tax Administration) of the Andean country.

The Lavajato special team ordered the initiation of preliminary proceedings against him for the brokerage contracts of his company MVV Bienes Raíces, between August 2018 and July 2021.

According to the prosecutor's accusation, this new investigation is linked to the laundering of money captured by an alleged criminal organization that would lead Keiko Fujimori and of which Mark Vito Villanella would also be a member.

This is the second investigation for the same crime against Villanella, after the first investigation, also linked to his company, but in a different period, ended with a prosecutor's accusation against him and a prison sentence of 22 years.

In that case, the prosecution has requested 22 years and eight months imprisonment for Vito. In both cases, Fujimori, who was imprisoned until May last year after the Justice revoked the preventive prison sentence she had been serving since early 2020 for allegedly having received bribes from the Brazilian construction company Odebrecht, is also accused.