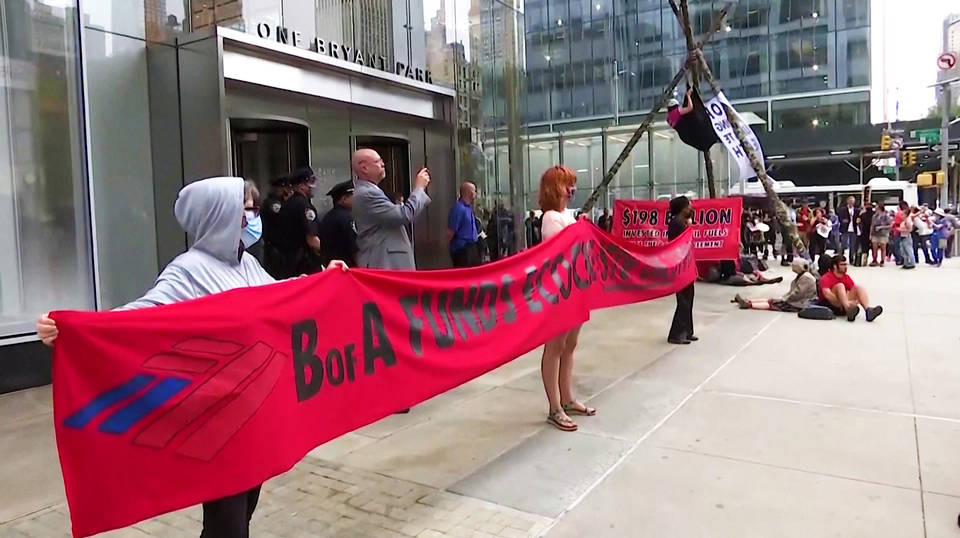 Activists held protests in front of the headquarters of JPMorgan Chase, Citibank and Bank of America.  The actions come as world leaders gather for the U.N. General Assembly and ahead of November’s U.N. climate summit in Scotland.

Presleigh Hayashida of Extinction Rebellion told reporters: "I would love to see people who are actually talking about the climate crisis realistically and not making, you know, 20-year plans, 30-year plans.  We can’t talk about 2050 or 2030 anymore; we have to immediately stop fossil fuel investment.”