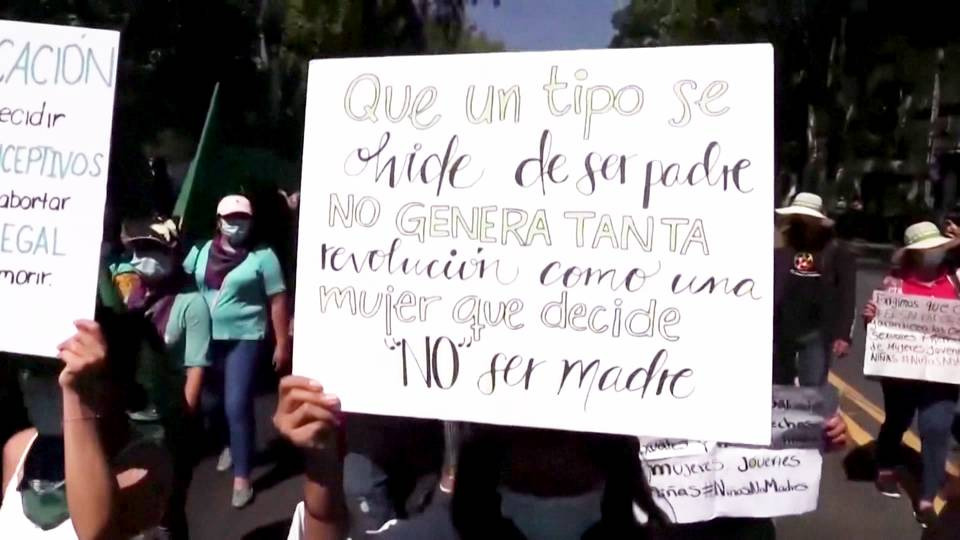 In Chile, lawmakers have approved debate on legislation that would expand access to abortions.

Santiago de Chile, September 30 (RHC)-- In Chile, lawmakers have approved debate on legislation that would expand access to abortions.  Chilean reproductive justice advocates are celebrating what is a “first step” toward the South American nation decriminalizing the procedure.

This comes as thousands of women took to the streets across Latin America Tuesday demanding the legalization of abortion on International Safe Abortion Day.   One organizer of protests in El Salvador, Morena Herrera, told reporters: “Our country has a high rate of pregnancies of girls and adolescents.  It shows that there is sexual abuse, lack of protection of children, they are forced to continue with their pregnancies in cruel conditions, and that they have to put aside their life projects.  It is a violation of the rights of girls and adolescents.”

Over 20 Latin American countries still ban abortions without exception, including El Salvador, where women have been sentenced to decades in prison and accused of homicide even in cases where they’ve had miscarriages and other obstetric emergencies.