Tenth massacre recorded so far this year in Colombia 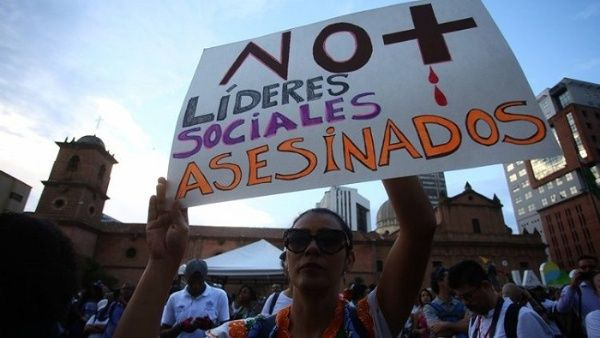 ​The names of the victims are Danuil Manzano Martínez, Jannel Said Martínez Bayona and Deimer Martínez, all men from the same family. | Photo: EFE​

Bogota, January 21 (RHC)-- The Institute for Development and Peace Studies (Indepaz) registered this Thursday the tenth massacre in Colombia in which three people died in the municipality of Ocaña in the department of Norte de Santander.

The names of the victims are Danuil Manzano Martínez, Jannel Said Martínez Bayona and Deimer Martínez. The details of how the events occurred have not yet been clarified. Danuil and Jannel were found first and some time later the body of Deimer Martinez was found.

Meanwhile, the Ombudsman's Office issued early warning AT 034/20 for the municipality of Ocaña, where it notes the economic, political and social centrality that represents for the region being the second most important city in Norte de Santander and serving as a link with the south of Cesar and with the city of Cúcuta.  The Oaña ombudsman, Deysi Díaz, rejected the facts and announced that early alerts were activated in the Catatumbo sub-region.

Ocaña experienced another violent event this Thursday, because in the Los Arrayanes sector, on the border with the Landia neighborhood, several men on a motorcycle arrived at a pool hall and said that those who were there should die and opened fire indiscriminately, leaving at least one person dead and two unidentified wounded, according to local media.