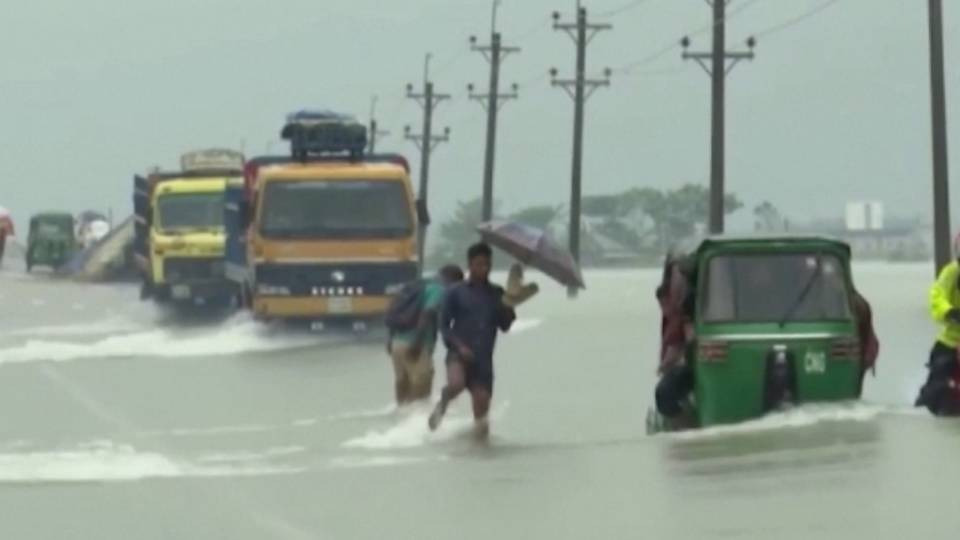 Millions of people have been displaced from their homes or trapped by flooding.

New Delhi, June 21 (RHC)-- Unprecedented rain has killed at least 116 people in India and Bangladesh.  Millions of people have been displaced from their homes or trapped by flooding.

Over the past several days, one area of India recorded almost 40 inches of rain in a single day and one of Bangladesh’s largest airports is under water.

The flooding comes just a month after catastrophic flooding in northeastern Bangladesh left 4 million people homeless, including 1.6 million children.  This comes as India is facing record-breaking heat that has devastated wheat production, as well as the mango harvest.