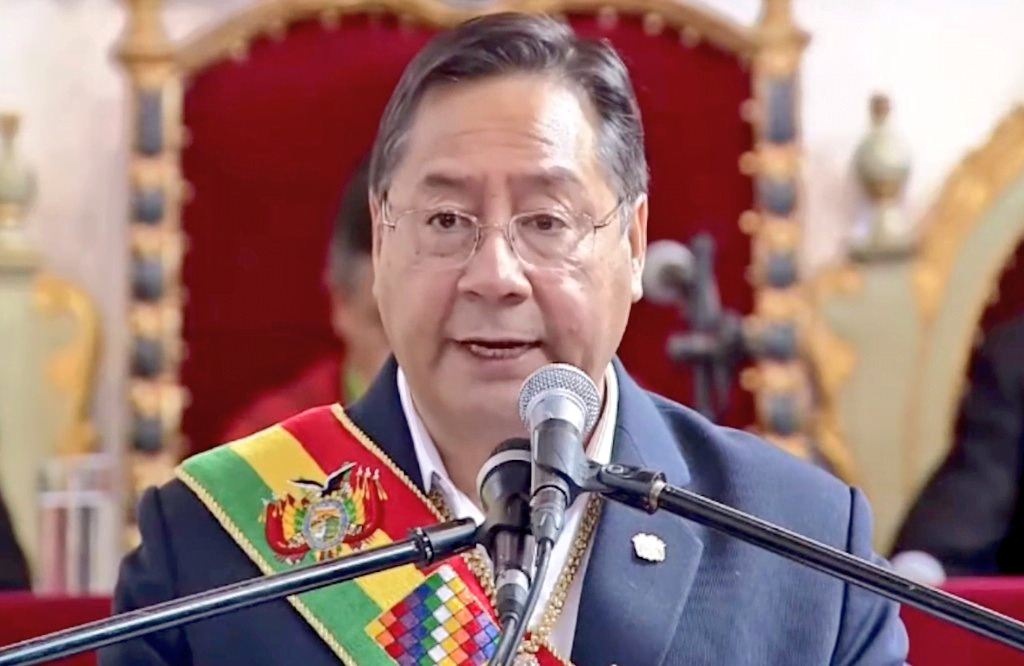 "There are internal and external interests to destabilize our democratically elected government, so we cannot lose sight of the unity of the people," said the Bolivian president. | Photo: ABI

La Paz, August 7 (RHC)-- The president of Bolivia, Luis Arce, stressed Saturday that the South American nation resumed the path of stability and economic growth, with social justice, after the coup at the end of 2019 .

During his message in the framework of the commemoration of the 197th anniversary of Bolivia's independence, the head of state pointed to the struggle of social organizations in the recovery of democracy and the return to the path of economic, social and political stability.

In this sense, he noted that he assumed the presidency of the country with a triple crisis, political, economic and health, but in current times it is evident that Bolivia is overcoming this, after a terrible economic management in 2020, in the de facto government of Jeanine Áñez.

"We are a democratically elected government, of the people and for the people," asserted the president.  Likewise, during his speech, Arce made a brief historical account of the independence struggle, the Republic and the validity of the Plurinational State, as well as the arrival to power of former President Evo Morales in 2006.

In the message for the patriotic anniversary, the president denounced that "there are internal and external interests to destabilize" the government, for which he called for unity "as an indispensable condition to advance" in the consolidation of the Plurinational State as an international referent of economic growth and social justice.

In the Legislative session, in the historic Casa de la Libertad, Sucre, Arce celebrated the 197 years of independence of a State, which since 2009 has defined itself as plurinational, recalling the independence struggles, the republican era and the historical turn that took place in 2006 with the Cultural Democratic Revolution, which has the social sectors as its base.

In a speech of about one hour, he reviewed his administration which began in 2020, after a period of interruption of democracy, and warned of the threats looming against his government with a strong social base, emerged from the polls and with a support of more than 55% of the electoral preference.

"There are internal and external interests to destabilize our democratically elected government, so we cannot lose sight of the unity of the people as an indispensable condition to move forward," he affirmed.  The Bolivian president reflected that at a moment like the present one, one must think of the country "banishing the interests of small groups and fratricidal fights."

"At this moment in history, when the world is in turbulence, it is with daily work, unwavering solidarity, imagination and permanent initiative of dialogue that we will face these difficulties," Arce said, referring to the efforts to consolidate economic achievements in the midst of international crisis and internal conflicts.