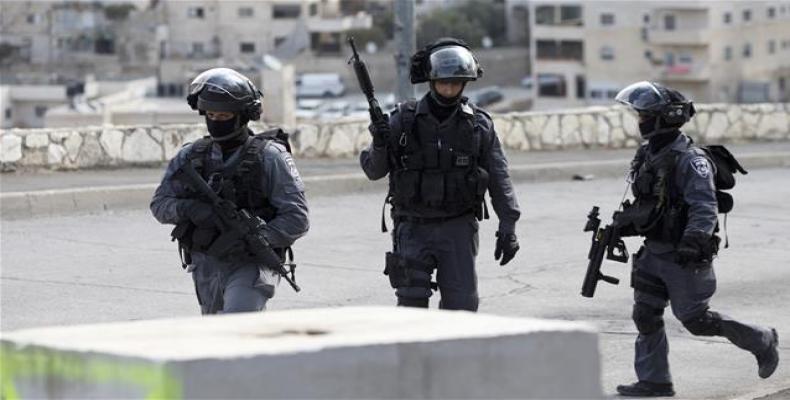 Ramallah, October 3 (RHC)-- The Palestinian Foreign Ministry has urged international protection for Palestinians following the latest fatal shooting of a young man by Israeli forces in the occupied West Bank, slamming the regime's policy of willful killing of Palestinian people.

The official Palestinian Wafa news agency reported the death of the teenager, named as Fayez Khaled Damdum, on Saturday.  It quoted eye witnesses as saying that Israeli forces opened fire on the 18-year-old, while he was driving a motorbike in the town of al-Eizariya in the south-central part of the occupied West Bank.

The shooting marked the latest instance of deadly violence in what has become the deadliest year since 2015 for the Palestinians residing in the West Bank. So far this year, at least 100 Palestinians have died as a result of the fatal violence staged by Israeli forces throughout the occupied territory.

The Palestinian foreign ministry called Damdum's killing "a continuation of the systematic and widespread policies of the occupation represented in field executions, [as well as] willful and extrajudicial killings of our people with the aim of inflaming the situation."

It held the occupying regime fully and directly responsible for "this heinous crime and other crimes of the Israeli occupation," stressing that it would work with all international organizations, including the United Nations, so it can hold the occupation accountable for all of its crimes.  The ministry also urged the UN Secretary-General Antonio Guterres to enable international protection for "our defenseless people" in the face of Tel Aviv's atrocities.

In a separate development, the Gaza Strip-based Palestinian resistance movement, Hamas, issued a strongly-worded statement aimed at Israel, warning the regime against continued violations of the al-Aqsa Mosque compound in the occupied city of al-Quds' Old City.

The violations have seen the apartheid regime repeatedly preventing Muslim prayers at the site. The regime's forces also recurrently provide protection for highly provocative tours of the compound by Israeli settlers.

Rawhi Mushtaha, a member of Hamas leadership, served the warning in an address to a huge gathering of Palestinians in the besieged Gaza Strip that had been organized by the movement under the title “the Al-Aqsa is in Danger.”  "Preventing Muslim worshippers and Palestinian citizens from reaching the holy site and arresting them by the Israeli police warn of grave danger,” the Hamas official said.

Such infringements upon the holy site could lead to "explosions" in the region, the Hamas official said, condemning the Israeli regime for its reported "excavations" at the compound and its plans to impose spatial and temporal divisions there.

Mushtaha noted that Palestinians in Gaza held the Saturday march to draw Arab and Muslim leaders’ attention to the imminent danger threatening al-Aqsa.