Mexican Police to be Investigated after Clashes with Protesters 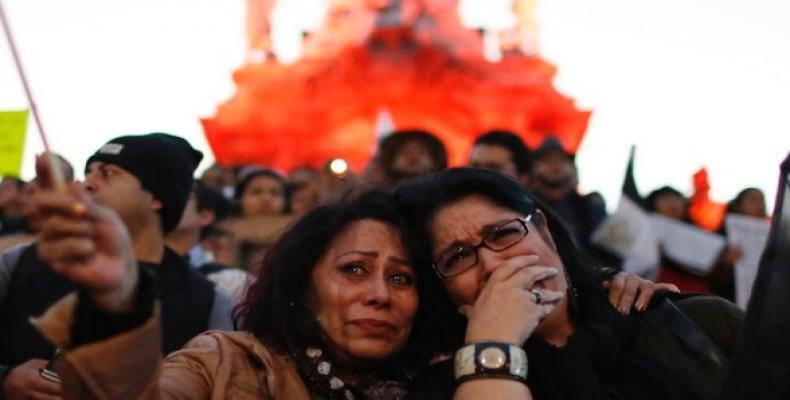 Mexico City, December 3 (teleSUR-RHC)-- The Mexican National Commission for Human Rights (CNDH) announced Tuesday that it will investigate police to determine if they committed abuses against protesters during the December 1st march in Mexico City.

CNDH rejected the violence of some groups of protesters against the police as well as the excessive response of police officers.

“This National Commission rejects any violent manifestation, especially when it is related to the freedom of expression and freedom of protest, which must be allowed without any further limitation but the law, so we call on the Mexican authorities, especially the security forces, to adjust their actions to what is stipulated in the Mexican Constitution,” the commission said in a statement.

On Monday, thousands of people marched in Mexico City demanding the return of the 44 students from Ayotzinapa, and the resignation of President Enrique Peña Nieto.

After the march, a small group of masked protesters broke windows of some businesses and clashed with riot police who used tear gas against the protesters.

Eighty CNDH inspectors formed a human fence to protect innocent people who were potentially in harms way of the tear gas and police actions.

“Seeing the procedures of police forces to contain a group of protesters and the use of tear gas against people, CNDH formed a human fence to prevent harm, especially to women, elderly people, children and civilian defenders, who were escorted to a safe place.”