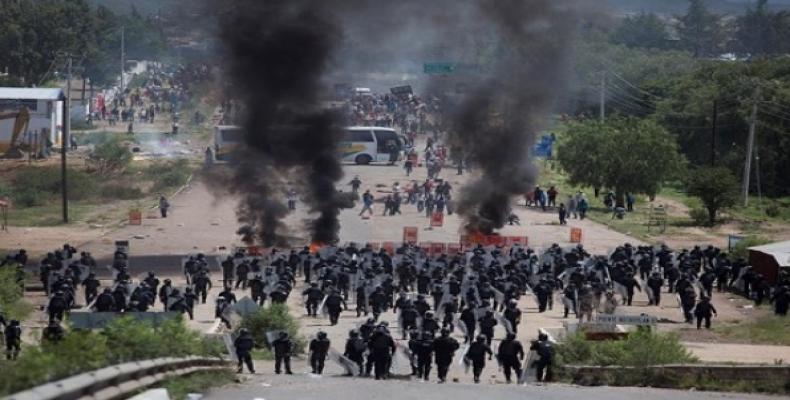 According to teleSUR correspondent Fernando Camacho, police were attempting to evict teachers from a road blockade on the Oaxaca-Puebla highway in the municipality of Nochixtlan when gunfire erupted, leading to violent clashes that lasted approximately four hours.

Teachers from the dissident CNTE union, also known as Section 22, had set up the blockade as part of protests over an education reform implemented by President Enrique Peña Nieto and the arrest of several of the unions' leaders over the past week.

In a press conference from the Mexican capital, a spokesperson for the union said the dead included Andres Aguilar Sanabria, 23, and Santiago Jimenez Aylin, 28, who have been identified as trainee teacher students. The spokesperson said there was a third fatality but did not provide any details.

The union spokesperson blamed the police forces who participated in the eviction for the three deaths, calling it an “attack,” and asked the government to engage in dialogue with the striking teachers.

The death toll of five demonstrators was later confirmed by the public prosecutor's office in Oaxaca.  Meanwhile, Proceso magazine reported six deaths while the CNTE themselves later reported nine.