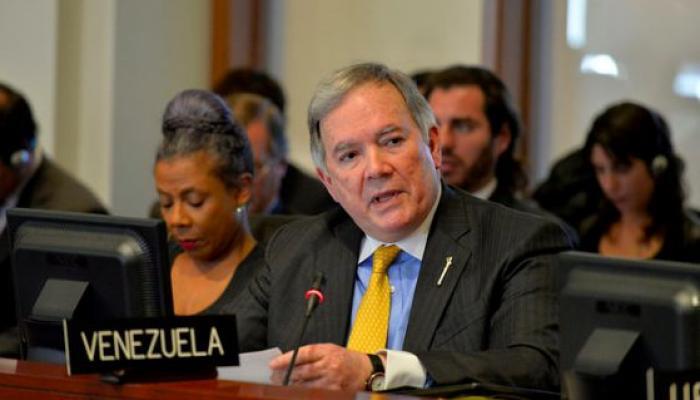 Caracas, February 18 (RHC-PL) -- Venezuela's ambassador to the Organization of American States (OAS), Roy Chaderton, has rejected statements by the OAS Secretary General José Miguel Insulza on the situation in the country.

According to Radio Nacional de Venezuela, he said that Insulza follows the guidelines of the "international media dictatorship" in talking about Venezuela. Insulza categorized as “critical” the economic and social situation in the country, which Chaderton considered as "a false, wicked and malicious" statement formed from prefabricated information in newspapers like El Mercurio, directly involved in the coup against Salvador Allende in 1973.

Chaderton told teleSUR TV that Insulza's position is not new since Insulza has repeatedly made interference statements against Venezuela, using the platform of international media corporations.

Chaderton said the Secretary General of the OAS has been devoted in recent years to "discredit, deny and sabotage" Venezuelan democracy. With regard to the interview given by Insulza to El Mercurio, Chaderton warned of a new attack of media companies controlled by the "imperial dictatorship" to try to destabilize Venezuela.

Venezuelan authorities have also reported of an international media campaign to create negative opinions on the situation in the country, facing an economic war by the right with U.S. support.