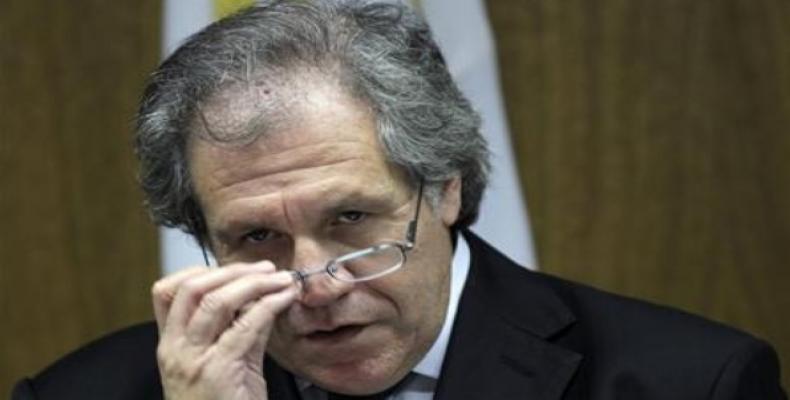 Caracas, May 20 (RHC)-- Venezuelan Foreign Minister Delcy Rodriguez has responded to a letter directed against Venezuela by the Secretary General of the Organization of American States, Luis Almagro.  She said that Almagro’s statements increasingly detail his “hatred against Venezuela and its legitimate authorities.”  She also accused the OAS head of “only repeating scripts dictated by the imperial masters.”

The Venezuelan government has accused the right-wing opposition of trying to use the OAS to advance its political interests and urged the regional body to focus on promoting dialogue, not following the opposition’s lead.

The letter from the head of the Organization of American States, accuses Venezuelan President President Nicolas Maduro of "spreading lies" and takes an unusual tone for a high-level diplomat.

Stepping out of diplomatic protocol, the OAS secretary general penned a hostile tirade against Maduro, saying he refuses to “bow down” and be intimidated by Nicolas Maduro, while accusing him of sliding toward becoming a “petty dictator.”