Netanyahu Tells Washington: Give Us More Money, We'll Shut Up About Iran 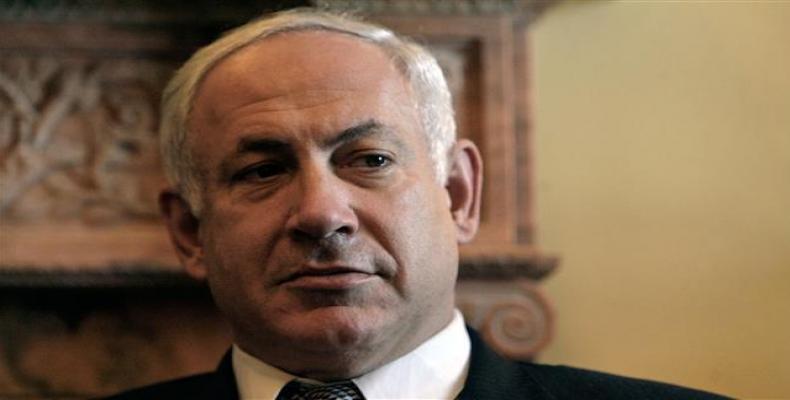 Dave Lindorff made the remarks in a phone interview with Press TV on Wednesday while commenting on a report which says Israel has asked Washington to increase its annual military aid by 50 percent. "The idea that Israel would be asking for more money, it's basically an extortion of the politicians in Washington in order to get Israeli support for the Obama administration's negotiations with Iran over a nuclear deal," said Lindorff.

Iran and the P5+1 -- the United States, Britain, France, China, Russia and Germany -- are negotiating to work out a comprehensive agreement aimed at ending the longstanding dispute over the Islamic Republic's civilian nuclear work.

The two sides reached a landmark framework agreement on Tehran's nuclear program on April 2nd in the Swiss city of Lausanne. Now they are set to start drafting a final accord, which is expected to come until the end of June.

On March 3rd, Netanyahu, on the Republican invitation, addressed a joint session of the U.S. Congress, where he ranted for nearly 40 minutes against the Iran nuclear talks, warning Washington that it was negotiating a "bad deal" with the Islamic Republic.

"You have Israel opposing that even to the point of the Prime Minister [Benjamin Netanyahu] coming to the US and speaking at Congress and attacking the plan, which is a kind of appalling," Lindorff stated. "Now basically Netanyahu is saying "alright, give us 50 percent more money for weapons and we'll shut up," he added.

Citing an Israeli security source, Defense News reported that Israel has asked the Obama administration to increase its annual military assistance by 50 percent to an average of $4.5 billion a year over the 2018-2028 period.

Under the existing agreement that was signed in 2007 and expires in 2017, annual military assistance to Israel grew to about $3 billion a year. U.S. President Barack Obama agreed in principle with Netanyahu to increase the follow-on aid package to between $4.2 billion and $4.5 billion, the Defense News report said.