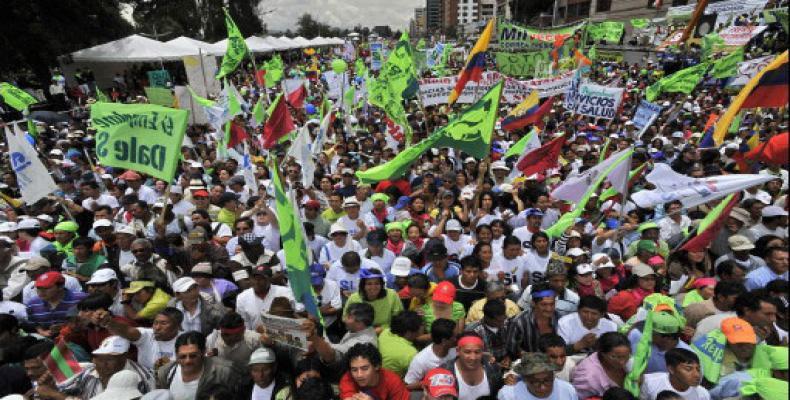 Quito, June 23 (RHC)-- Social movements, political and cultural organization in Ecuador expressed their rejection of destabilization attempts promoted by ultra-right sectors against the democratic government of President Rafael Correa and the Citizen's Revolution.

In statements to Prensa Latin news agency, the President of the country's Confederation of Organizations of Indigenous Peoples and Agricultural Workers José Agualsaca, highlighted the determination of the country's social movements to defend Ecuadorian democracy and the many achievements of the Citizen's Revolution for the benefit of the people, particularly the country's poor and vulnerable sectors.