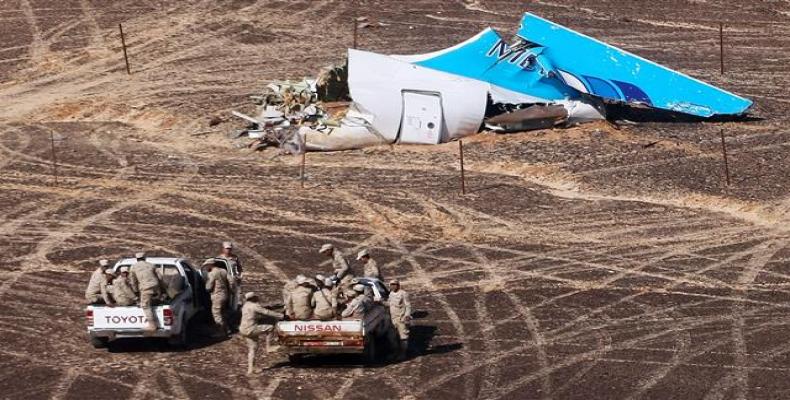 Moscow, November 9 (RHC)-- Russia is sending 44 planes to return its nationals from two Egyptian Red Sea resort towns, where they remained stranded following a deadly plane crash last week. A total of 14 planes are being sent to Sharm el-Sheikh and thirty more to Hurghada, read a statement released by the Russian Federal Air Transport Agency over the weekend.

According to Russian authorities, some 78,000 Russian nationals are currently vacationing in Egypt. "For security reasons, only hand baggage will be allowed on board," said the statement which noted that the remaining baggage will be transported by the Russian Ministry of Emergency Situations. The transport agency said that the tourists’ return will be carried out based on the dates of their return tickets.

Russia suspended regular flights after an Airbus A321, run by Russia’s Kogalymavia airline, crashed in Egypt’s Sinai Peninsula, leaving all the 224 people on board dead. The Russian passenger plane dropped off radar screens 23 minutes after takeoff from Sharm el-Sheikh on October 31st.

The UK has also started to return the some 20,000 of its nationals that were stranded in Egypt following the crash. On Saturday, around 2,000 Britons returned on nine planes.