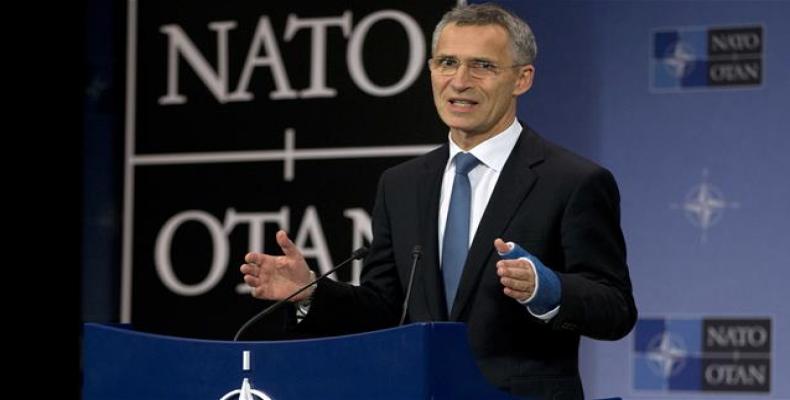 Brussels, December 17 (RHC)-- NATO plans to send air defense support to its member state Turkey, which has been locked in a war of words with Moscow since it downed a Russian aircraft over Syria last month. The package, which is expected to be approved by the Western military alliance on Friday, has been under preparation for 10 months.

It includes interceptor planes, Airborne Warning and Control System (AWACS) radar aircraft and a naval unit with command ships and frigates with anti-ship and anti-aircraft missiles.

NATO Secretary General Jens Stoltenberg has said the plan is not related to Turkey’s downing of the Russian jet on November 24th, but NATO sources say the incident was a determining factor behind the decision to offer more support to Ankara.

A Turkish official said Ankara and NATO were looking to create a system whereby shortcomings in Turkish and NATO airspace could be avoided but did not go into details. Analysts say the mission will have a dual function of defending Turkey while acting as a soft constraint on Ankara.

Another NATO source said the alliance “will increasingly take over management of Turkish airspace, so the Turks will have to be mindful of the fact that we will have eyes in the sky that can give a second opinion on any situation.”

Tensions have been running high between Ankara and Moscow after the Turkish military shot down a Russian aircraft during an anti-terror mission over Syrian skies on November 24.

Ankara says the Russian Su-24 fighter jet had entered Turkish airspace. Moscow dismisses the claim, saying the plane was brought down in Syria’s airspace, where Russia has been conducting operations against Takfiri terrorists upon a request by the Damascus government.