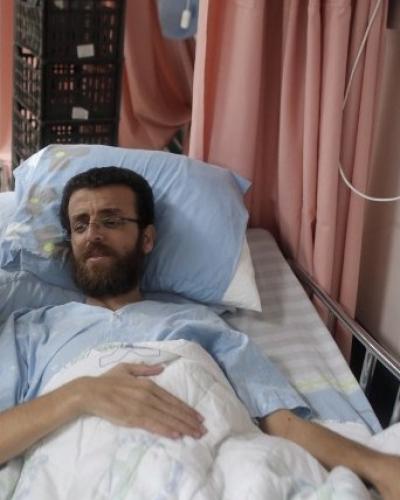 Ramallah, February 26 (RHC)-- Jailed Palestinian journalist Mohammed al-Qiq has put an end to its grueling 94-day hunger strike that had exposed him to an immediate risk of death after his lawyers reached an agreement with Israeli authorities for his release in May.

Lawyers with the Palestinian Committee for Prisoners' Affairs said Qiq officially ended his hunger strike on Friday in a statement made in front of his family members, Arab members of the Knesset as well as some members of the committee.

Qadura Fares, the head of the Palestinian Prisoner's Society, said the Palestinian journalist will continue to receive medical treatment in Israeli hospitals until his release on May 21st.