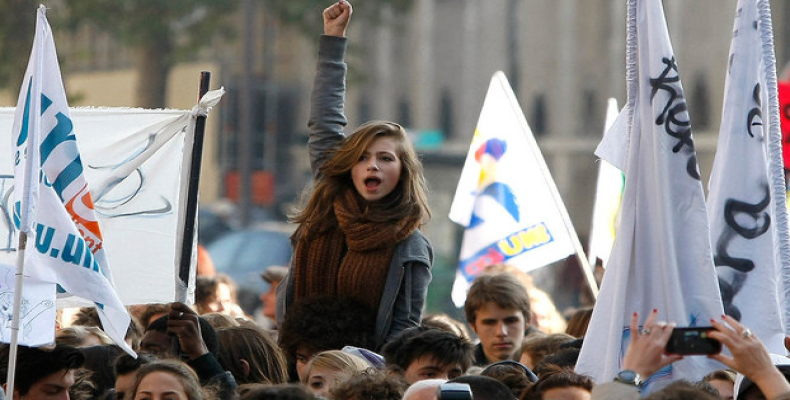 Paris, March 10 (RHC)-- In France, thousands of people have taken to the streets to protest the French government’s proposed labor reforms, which would lengthen the French work week and make it easier for bosses to fire employees.

Despite heavy rain, students and unions flooded Paris’ streets Wednesday. Students also barricaded dozens of schools.  The protest coincided with a rail strike, which shut down two-thirds of all trains in the French capital.