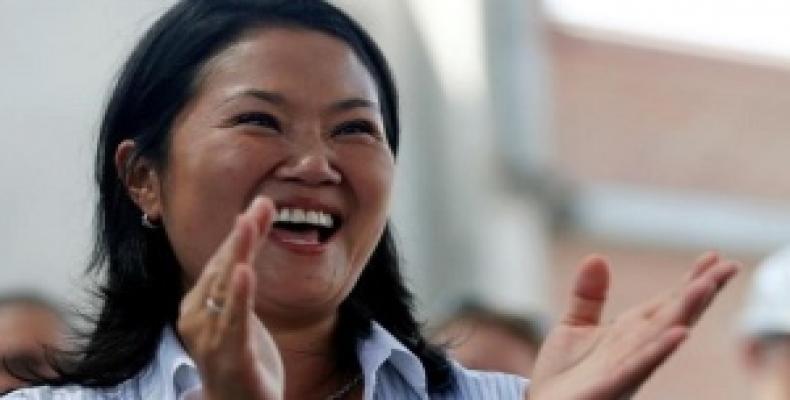 Lima, May 17 (RHC-teleSUR)-- A close ally of conservative Peruvian presidential hopeful Keiko Fujimori who she introduced as a “friend” was reportedly jailed in the late 1990s over charges of extortion, an investigation published Sunday by the Peruvian daily La Republica reveals.

Fujimori, daughter of jailed former leader Alberto Fujimori whose presidency morphed into a dictatorship in the early 1990s, signed an agreement with the head of a national construction workers’ federation, Augusto Ramos Dolmos on May 1st.

Fujimori came to Ramos’ defense when accusations surfaced that he has previously been involved in questionable activities.  But an investigation by La Republica revealed that Ramos did in fact serve jail time in 1997 for working on an attempted telephone extortion scheme using a false identity.

Court documents reveal that Ramos confessed to the crime.  However, when contacted by La Republica for comment, the construction federation chief denied ever being arrested for extortion.

The connection adds to the controversy already swirling around Fujimori’s candidacy.  Aside from running under the shadow of the legacy of her father’s human rights-abusing regime, Fujimori has been accused of vote buying and was implicated in the Panama Papers for links to campaign backers who hid and laundered money in offshore tax havens.

In her last bid for Peru’s top office in the 2011 election, Fujimori lost in a runoff vote against current President Ollanta Humala.