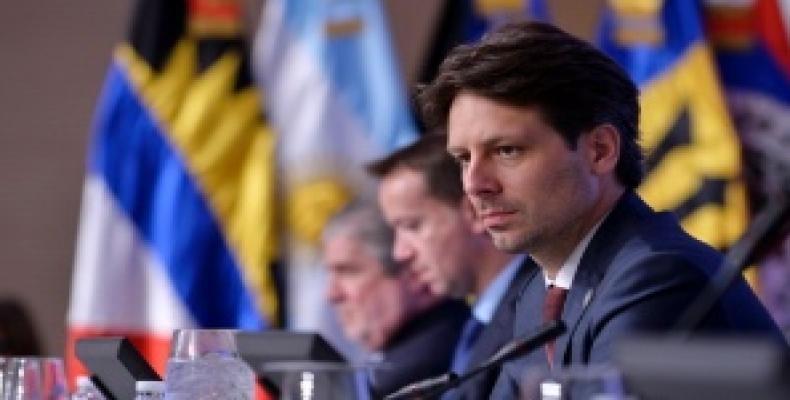 Santo Domingo, June 16 (RHC)-- Ecuadorean Foreign Minister Guillaume Long has called for reform of the Inter-American Human Rights System during the Organization of American States (OAS) meeting this week, pointing to the odd organization and funding of the body.

Ecuador's top diplomat said: "It is urgent to reform the Inter-American Human Rights System, something that Ecuador and all the member states that have signed the Pact of San Jose have insisted on,” adding that the OAS needs to act "in correspondence with its precise mandate."

The Commission recently said it would have to lay off hundreds of employees, citing a decrease in funding from foreign governments that are not signatories to the San Jose Pact.  Up to 40 percent of IAHCR staff will see their contracts terminated in July.

During his speech, Long said there should be adequate and stable forms of funding for the system "that would avoid the current politicization."  He added that the headquarters of the Commision must be based in a state that is part of the American Convention on Human Rights, given that the United States has never ratified the accord.

Long also apologized for his country's role in having allowed the 1965 U.S. invasion of the Dominican Republic, a topic raised by Dominican Republic President Danilo Medina as well as Venezuelan Foreign Minister Delcy Rodriguez.