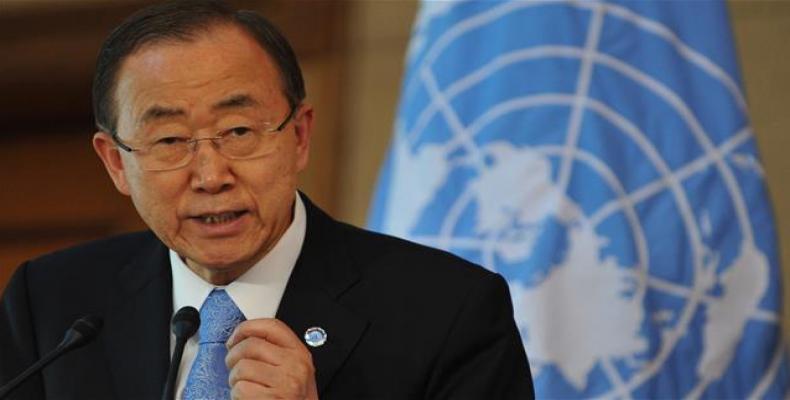 Athens, June 20 (RHC)-- United Nations Secretary General Ban Ki-moon has urged the world to do more to help cope with Europe's refugee crisis.  Ban made the remarks after meeting with Greece's Prime Minister Alexis Tsipras in the capital, Athens, on Saturday ahead of a visit to refugee camps on Lesbos island. Some 3,400 refugees live in the camps on the Greek island.

The UN chief said Athens has shown “remarkable solidarity and compassion” in dealing with hundreds of thousands of refugees fleeing war, despite its own economic hardship.

Meanwhile, Tsipras told reporters that great efforts are being made to house and care for thousands of trapped refugees, but stressed that Greece cannot shoulder the burden alone.

In a symbolic move, Tsipras offered Ban a life jacket, one of the thousands of items that authorities have recovered from the shores of Greek islands since last year.

About one million people crossed the Aegean Sea from Turkey to Greek islands last year in small and often overcrowded inflatable boats.  Hundreds drowned trying to make the crossing.

The flow of refugees to Greece has slowed since March when the European Union and Turkey reached a deal to cope with the influx of refugees into Europe.  Under the deal, new arrivals on Greek islands after March 20 face being returned to Turkey unless they successfully apply for asylum in Greece.