Brazil Pro-Coup Lawmaker Probed for Support of Torture and Misogyny 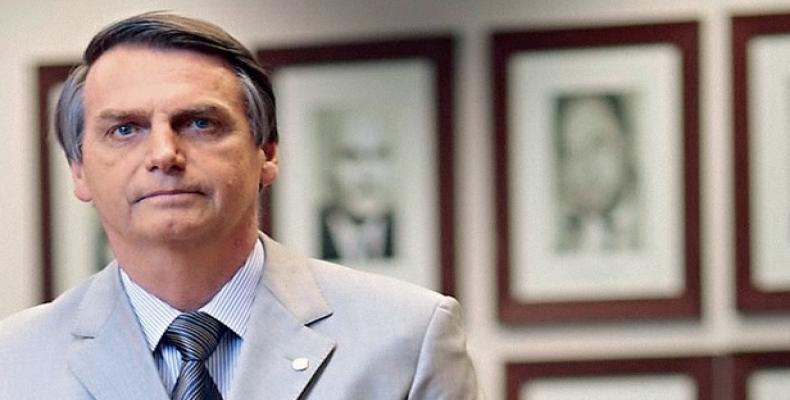 Brasilia, July 1 (RHC)-- Brazil's Congress has opened an ethics investigation into Jair Bolsonaro, an outspoken lawmaker whose views on torture, rape and homosexuality are sparking concern that the country's political crisis may foster an authoritarian political revival.

The ethics committee of Brazil's Chamber of Deputies, the lower house of Congress, will try to determine if Bolsonaro, a former Brazilian Army paratrooper, broke parliamentary decorum when he prefaced his vote in April to impeach President Dilma Rousseff with a speech praising Army Colonel Carlos Ustra.

During the vote, the only openly gay lawmaker in Brazil's Congress Jean Wyllys (Party of Socialism and Liberty) spit in Bolsonaro's face after saying, "In the name of the Indigenous people, of the Black people exterminated in the suburbs, of culture workers, of homeless people, of landless workers, I am voting 'No to the coup, you crooks.'"

Bolsonaro, Brazil's fourth-most popular politician according to recent polls and a member of the Social-Christian Party, is an extreme example of a broader shift to the right in Brazilian politics in the wake of Rousseff's impeachment.  Small groups of protesters in recent anti-Rousseff street marches were seen carrying signs calling for a return of military rule.

Conservative legislators in Brazil said recently they will back interim President Temer through a growing corruption scandal in return for support for tougher restrictions on abortion and gay rights, looser gun control and more power for farmers in disputes with Indian tribes.