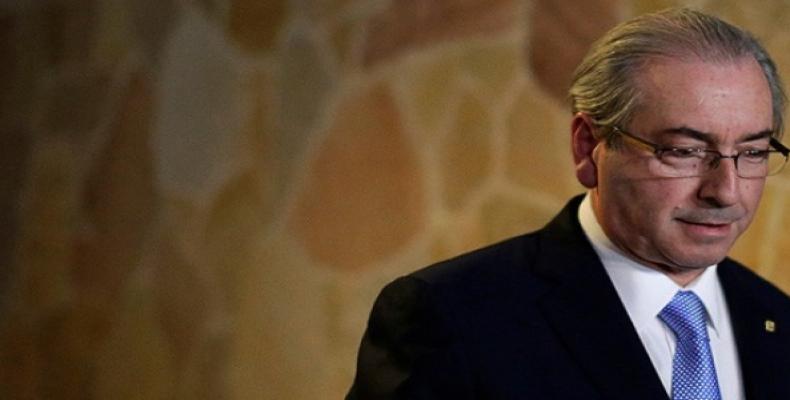 Cunha is still being investigated for corruption and perjury allegations, and had been facing suspension from the lower house. Prior to his resignation, submitted in a two page letter, Cunha's lawyer presented a request for habeas corpus to the Supreme Court as he looked to guard himself against being booted from his post.

The embattled lawmaker had been refusing to step down, despite calls from his fellow PMDB party members to resign.  Cunha, a key architect in painting the impeachment process against President Dilma Rouseff, has been investigated for lying about hiding over $5 million in laundered money in secret Swiss bank accounts.  He was suspended from his position as chief of the lower house by the Supreme Court last month over accusations of intimidating lawmakers and hampering investigations, and still faces an eight year ban from elected office.