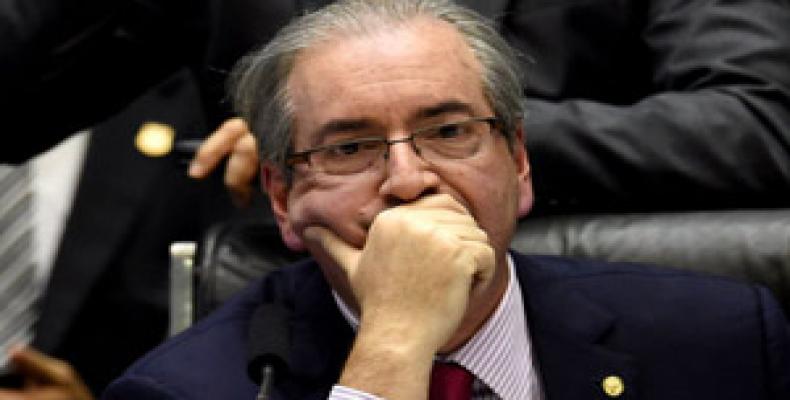 This is the second time charges have been accepted against Cunha in investigating kickbacks paid to politicians by construction companies working with Petrobras.  The move could increase the chance of Cunha taking a plea deal, a scenario that concerns many in his Brazilian Democratic Movement Party, PMDB party, to which interim President Michel Temer belongs.

Earlier this week, Cunha defiantly denied any criminal wrongdoing and said he would not resign despite the mounting charges against him.  He presented a request for habeas corpus to the Supreme Court earlier this week.

Cunha was a key architect in painting the impeachment process as a campaign to root out government corruption despite himself facing multi-million dollar bribery and fraud charges. He was suspended from his position as chief of the lower house by the Supreme Court last month over accusations of intimidating lawmakers and hampering investigations.