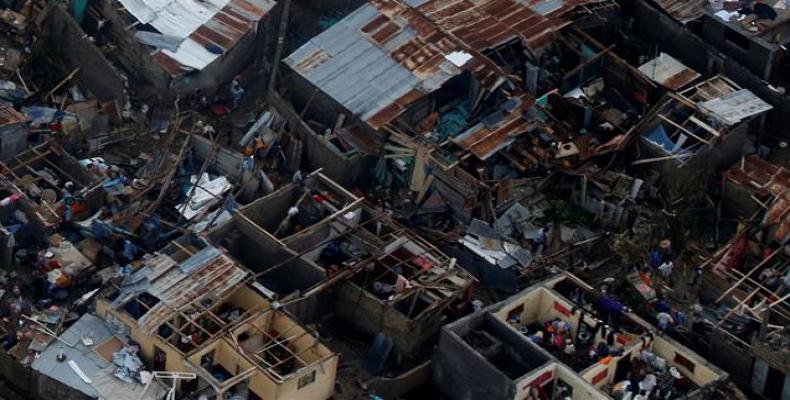 Havana, October 22 (RHC)-- A leading humanitarian information publication has issued its assessment of overall damage caused by Hurricane Matthew during its path through the Caribbean and then the United States.

ReliefWeb, a specialized digital service of the UN Office for the Coordination of Humanitarian Affairs, said Matthew resulted in “catastrophic damages including loss of human lives” and an estimated overall destruction of over five billion U.S. dollars.

The report notes that on October 5, Matthew made landfall by Cuba’s Maisi municipality as a category 4 hurricane. ReliefWeb says in Cuba heavy rain and winds reaching 220 km/h severely damaged buildings but “thanks to the Cuban Civil Defense’s rigorous evacuation plan” there were no deaths. Around 600,000 people living in homes considered as “unsafe housing” moved in with family members, neighbors, or community spaces including schools or movie theaters.

Coastline towns like Baracoa were hit by giant waves and flooding, and after the passage of Matthew the towns of Maisi, Imias, and Baracoa went without electricity for several days, concludes the UN humanitarian information publication’s preliminary satellite- based damage assessment report.