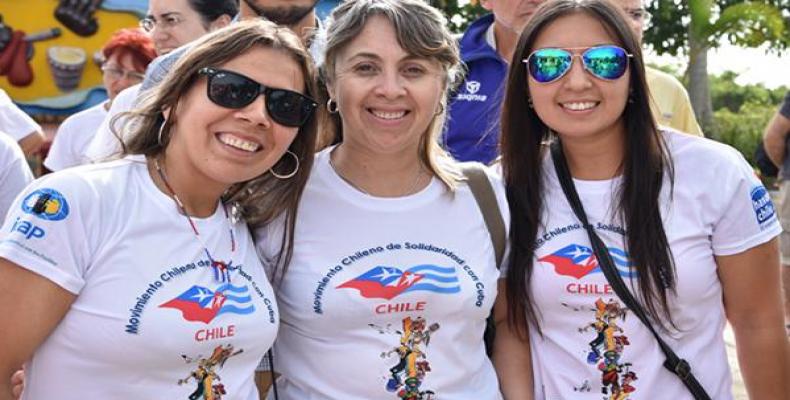 Havana, January 31 (RHC)-- The 24th South American Solidarity with Cuba Brigade, which for the last 10 years has been traveling to the country, is visiting the island from January 23rd to February 4th.  They are here to learn about Cuba's reality and strengthen ties of friendship.

Brigadistas have begun a program of activities organized by the Cuban Institute of Friendship with the Peoples (ICAP).  Last week, the solidarity contingent, composed of over 160 brigade members, celebrated the 45th anniversary of the Julio Antonio Mella International Camp, located in the municipality of Caimito, in the western province of Artemisa.

The group also participated in the annual March of the Torches last Friday, January 27th, on the eve of the 164th anniversary of the birth of Cuba’s National Hero, José Martí.

The brigade’s schedule of activities also includes conferences on the updating of Cuba’s socio-economic model; Latin American and Caribbean integration, and the process toward the normalization of relations between the island and the United States; as well as visits to the provinces of Villa Clara and Sancti Spíritus, in central Cuba.