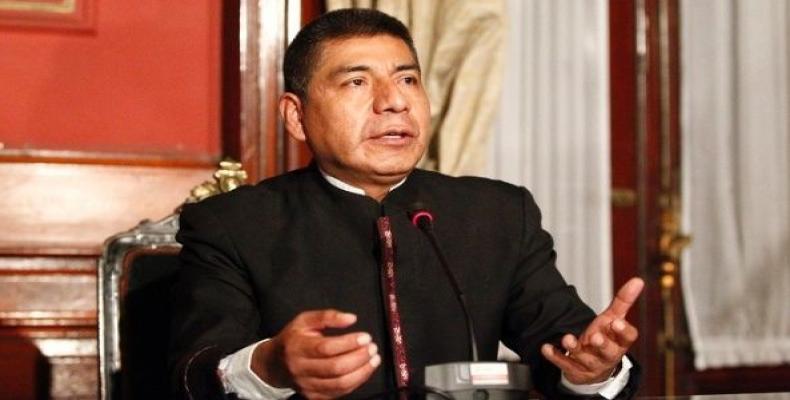 La Paz, April 26 (RHC)-- The Union of South American Nations, UNASUR, represents the state of South America, Bolivian Foreign Minister Fernando Huanacuni said in La Paz.  "UNASUR is a reality, we are neighboring countries," the Bolivian official said, adding that although Peru, Paraguay, Argentina, Brazil, Chile, and Colombia have left the organization, the historical bilateral ties will keep them involved in the international decisions and discussions.

Despite the temporary departure of six member countries of the South American delegation of states, the beneficial results and work targeting migration, security, and cooperation reflect the continent's spirit of unity.

"The PPT (presidency pro tempore) of Argentina has left us pending issues, which deserves to be resolved," Huanacuni said.  As head of the regional body, Bolivia would focus on dialogue and reaching a consensus prior to a meeting with the presidents from member countries in May, the minister assured.

Also this week, Bolivian President Evo Morales announced UNASUR will be appointing a new secretary general.  "We are going to talk with some presidents of countries that are momentarily suspended and have not withdrawn... we will make every effort to reach a consensus to overcome this problem," Morales said from a press conference in Havana.

"UNASUR is the legacy of all Latin Americans; UNASUR is the path for all the peoples to unite and that is why I have great confidence that Evo Morales' presidency will be able to advance in this path," Maduro said last week after the sudden announcement of his South American counterpart’s planned departure.

UNASUR is an intergovernmental regional bloc comprising 12 South American countries.  It was founded in 2008 with the intention of providing regional economic and political integration, and with the aim of building a regional bloc without the presence of the United States. Its first president was former Argentinean President Nestor Kirchner.