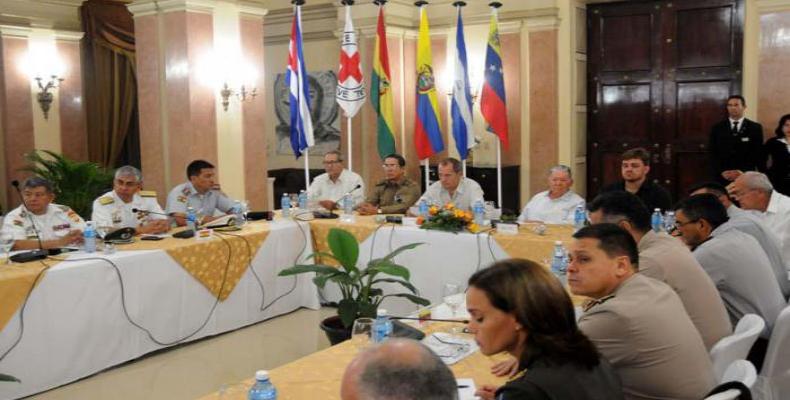 Havana, April 6 (RHC) -- The second meeting on International Humanitarian Law (IHL), taking place from April 4-7 in Havana, continued Thursday with a debate on the arms industry, the development of autonomous lethal weapons and the consequences of war for civilian populations.

Wednesday, among others, policies related to providing international humanitarian aid and the impact of arms and munitions in modern-day conflicts were discussed.

Speaking to the media, Juan Pedro Shirer, head of the regional delegation of the International Committee of the Red Cross for Mexico, Central America and Cuba, emphasized the need for armies to be constantly prepared.

He also highlighted Cuba's experience in the event of natural disasters, through the joint work between the Civil Defense and the Red Cross, as well as its solidarity with West Africa in the fight against Ebola.

Senior officials and representatives from Bolivia, Nicaragua, Venezuela and Ecuador are participating in the event, organized by the regional delegation of the International Red Cross Committee for Mexico, Central America and Cuba, and the Ministry of the Revolutionary Armed Forces (FAR).