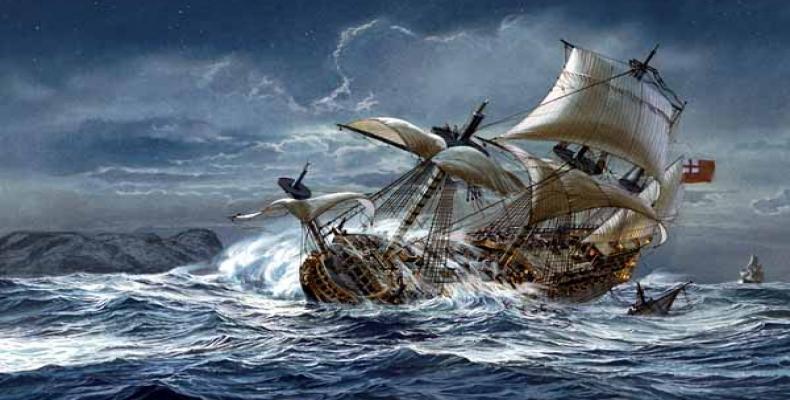 Paris, June 1 (RHC-PL)-- An exhibition of the underwater heritage existing in Cuban seas has opened at UNESCO's headquarters in Paris, with impressive images that have gained international attention.

The exhibit, the result of the work of a large team of specialists and artists, consists of photographs and underwater paintings, plastic works that go into history, as well as sculptures that integrate objects recovered after several centuries under water.

The director of the project, Vicente González, told Prensa Latina news agency that his objective is “to sensitize the general public about the need to protect the underwater natural and cultural heritage, using art as a mean of communications due to its enormous strength that transcends languages and can reach the whole world.”

Painter Reynaldo Villamil is in charge of capturing on canvas events such as naval battles or natural disasters, for which he carries out a deep research work, he said.

“I have worked on many issues, but I am specialized in naval battles such as the one that took place in Havana in 1762, and that takes a lot of documentation work to paint scenes as accurately as possible,” he said.