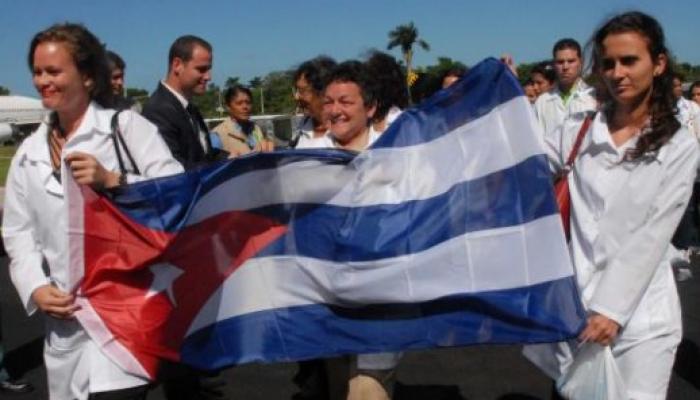 Lima, June 9 (RHC)-- The Peruvian National Congress has paid tribute to the Cuban medical brigade, which for over two months now has offered its services to victims of heavy rains that hit the country's northern region of Piura.

The Peruvian lawmakers welcomed a delegation of the Cuban brigade to Parliament Thursday with a standing ovation.  The Cuban health professionals had been invited to attend a plenary parliamentary session, after they received honorary diplomas granted by the unicameral legislature at the request of its Peru-Cuba Friendship Group.

The diplomas and tribute recognize the outstanding work carried out by the health professionals, members of Cuba's Henry Reeve International Brigade of Doctors Specializing in Emergencies and Disaster Situations.

In thanking Peruvian legislators for the gesture, the head of the Cuban medical brigade Rolando Piloto read a detailed report on the work developed thus far, including the more than 23,000 consultations and the treatment of more than 900 dengue patients.