Voices in the U.S. and Around the World Continue to Rise in Opposition to Donald Trump's Reversal of Cuba Policy 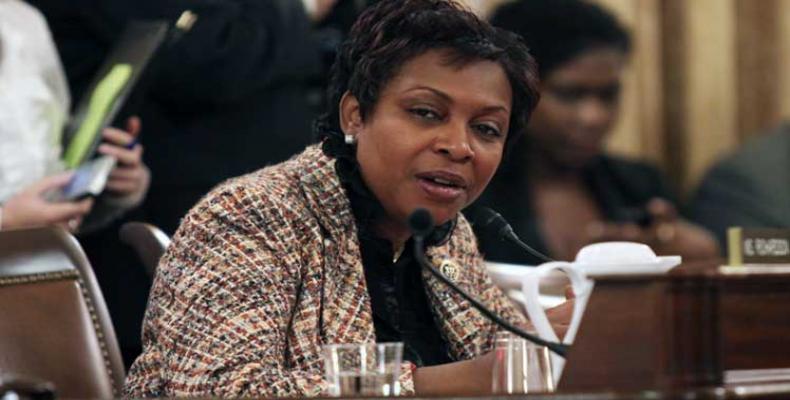 New York, June 21 (RHC)-- Voices across the political spectrum in the United States and around the world continue to be heard in opposition to Donald Trump's reversal of Cuba policy.

Congresswoman Clarke's statement reads that under President Obama, past mistakes were overcome in an effort to build a future defined by the common interests of the U.S. and Cuba.  She argues that collaboration on issues such as family reunification, human rights, the interdiction of narcotics, and investment offered enormous benefits to the people of both nations.

But now Donald Trump wants to undermine those achievements into a policy of again mutual mistrust, notes the U.S. legislator. “The vast majority of Republicans and Democrats understand that the Cold War policy separating families and restricting economic development has outlived its usefulness.”  And she added: “I urge my colleagues in the House of Representatives and the Senate to join in an effort to restore President Obama’s practical, common-sense approach.”

Trump announced that he will limit travel by American citizens to Cuba and restrict financial transactions with many sectors of the island nation’s economy.

In related news, Mexican Foreign Secretary Luis Videgaray said that Cuba’s enormous tenacity will protect it against the decision taken by U.S. President Donald Trump to toughen his country’s policies toward the island.

Trump’s actions add up to to things that the U.S. has tried against Cuba for decades, and “if the Cuban people have shown anything, it is their enormous tenacity,” Videgaray told EFE news agency in an interview.

Minutes after Donald Trump's announcement of changes in the Cuba policy on Friday, the Mexican foreign secretary called for “dialogue, negotiation and agreement” between the two countries.

“We have an important working relationship of many dimensions with the United States government, but that doesn’t mean we have to change our close, friendly relationship and solidarity with the Cuban people,” Mexican Foreign Secretary Luis Videgaray said.