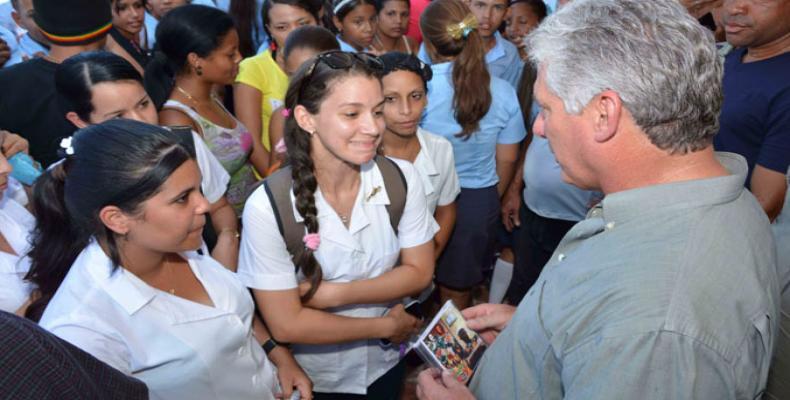 During the ceremony, Díaz Canel presented a group of education workers and institutions with the Rafael María de Mendive Medal in recognition of their work accomplishments.

More than 10 thousand 600 education centers opened their doors Monday across Cuba, welcoming over one million eight hundred thousand students. Recognized internationally as one of the top achievements of the Revolution, education at all levels in Cuba is totally free of charge, while the teaching-learning programs are constantly expanded and improved.

The beginning of this new school year was preceded by intense preparations that saw construction workers, teachers, students and their families joining forces to repair and/or refurbish several education centers.