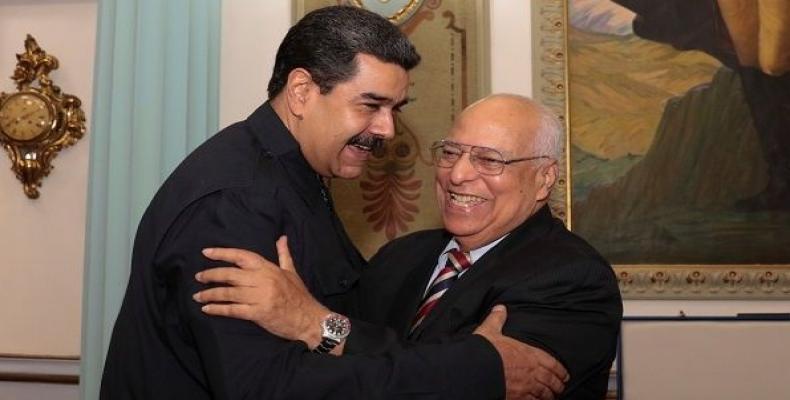 Caracas, November 18 (RHC/PrensaLatina)-– Venezuelan President Nicolás Maduro met Friday in Caracas with a Cuban government delegation and with the Cuban diplomatic staff in Caracas, in the framework of celebrations for the 17th anniversary of the signing of a comprehensive Cuba-Venezuela Cooperation Agreement between presidents Hugo Chávez and Fidel Castro.

The Cuban delegation at the meeting was headed by Council of Ministers Vice President Ricardo Cabrisas.

“I'm receiving this visit of Cuban authorities determined to strengthen the bonds of cooperation with our brothers and sisters in Cuba," Maduro wrote in his Twitter account.

The cooperation agreement signed by Chavez and Fidel in the year 2000 included joint programs in the area of social, economic and cultural development.

To date, the agreement has been credited with the creation of the Barrio Adentro medical mission, which installed clinics staffed by Cuban doctors across Venezuela.

It has also resulted in the establishment of hundreds of medical diagnosis and high technology centers, rehabilitation facilities, and others.