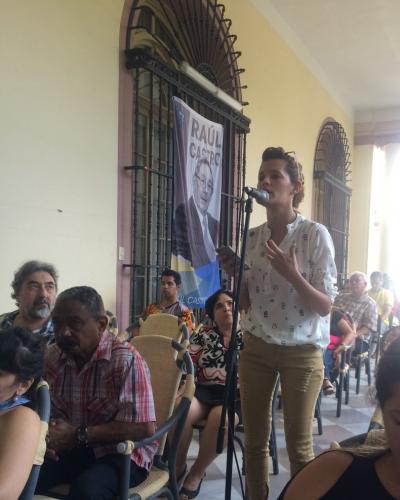 Havana, Feb 8 (RHC)-- An on-line forum on the situation in Latin America today and the need for unity ended Thursday morning at the headquarters of the Cuban Friendship Institute, ICAP, following more than two hours of debate and presentations.

The forum was broadcast live by Radio Havana Cuba's Spanish service.  Participants in the discussion included Cuban and foreign intellectuals, representatives of social and progressive governments and movements.

The event promoted Latin American unity, especially the need for solidarity with the Bolivarian Revolution in Venezuela against the counteroffensive of foreign-backed right-wing and oligarchy sectors that seek to restore neo-liberal policies in the region.