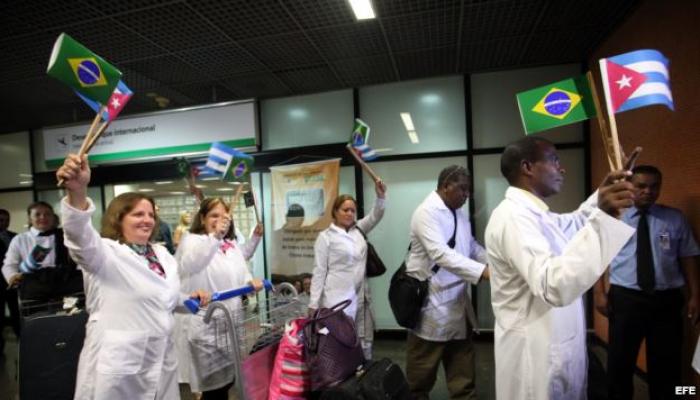 Porto Alegre, February 27 (RHC) The work of the Cuban doctors in Brazil and their impact on the medical sector and the population was the focus of a report published by the Zero Hora daily of Brazilian state of Porto Alegre.
They are few, but they are deeply changing the habitual performance of medical professionals and the doctor-patient relations in Rio Grande do Sul, reads the article which, under the title “Cuban Revolution at Health Care Centers,” describes the routine of a group of Cuban physicians in the South American nation.
The doctors, who came to join the More Doctors Program, are simple persons, clean their homes, carry their lunch with them; they are committed to their patients and systematic and like going partying like we Brazilians do. With all this they are breaking the barriers of prejudice and the corporate-oriented behavior of Brazilian professionals, the article reads.
This was the first report by the Brazilian media about the Cuban doctors currently offering their services in the South American country.