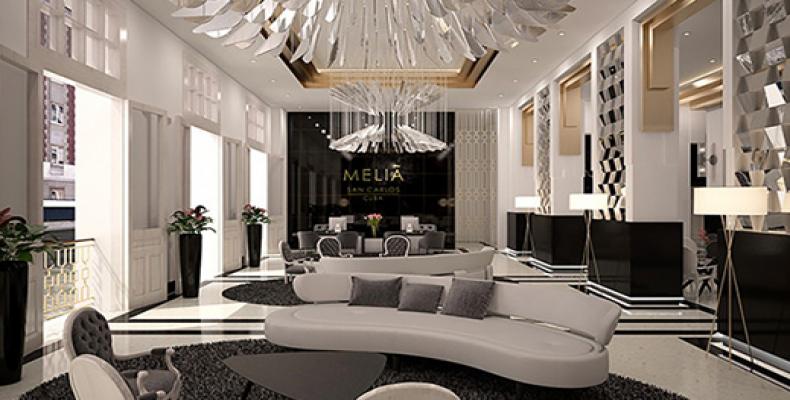 Havana, April 6 (RHC) --Meliá Cuba has added five new hotels with 409 rooms to its portfolio on the island during the first quarter of 2018.

The hotels are located in the Unesco´s World Heritage cities of Cienfuegos (Hotel La Union, Hotel Jagua and Hotel Meliá San Carlos) and Camagüey (Hotel Colón and Gran Hotel) and represent a new style of hotels for Meliá in Cuba: all are small to medium-size hotels, set inside exceptional historical buildings in privileged locations.

By the end of 2018, Meliá Hotels International will also have opened two new flagship hotels for the Cuban hotel industry in the popular destinations of Varadero and Cayo Santa María.

The Meliá International, Varadero, will have 934 rooms and the Paradisus Los Cayos, Cayo Santa María will have 802 rooms.

The Spanish hotel group is also set to open Hotel Innside Camagüey, as well as three hotels in the city of Trinidad before 2020. The properties in Trinidad will include Meliá Trinidad, Meliá Punta Ancón and the innovative Sol House Ancón, which is the result of the conversion of the current Hotel Ancón.

According to Gabriel Escarrer, vice president and CEO of Meliá Hotels International, the company has aligned its plans with the Cuban strategy to diversify its tourism industry.

The hotel company will offer prestigious hotels with familiar brands in historic cities, along with exciting tours and experiences. It aims to help increase the number of visitors to these areas and to prolong average length of stay, ultimately helping to raise profile of these destinations to a wide range of tourists.