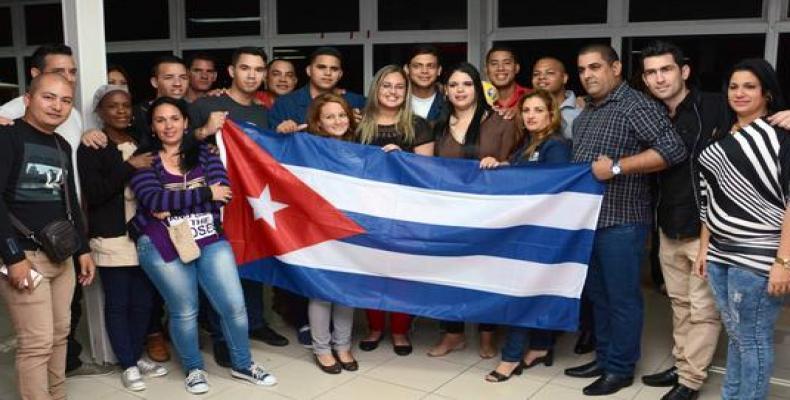 Havana, April 17 (RHC) --  President Raul Castro congratulated the delegation that represented Cuba at the VIII Summit of the Americas, particularly on their firm stance in defense of the principles of the Revolution, Granma newspaper reported Tuesday.

The Cuban delegation at the hemispheric gathering and its parallel forums in Lima, Peru, was headed by Foreign Minister Bruno Rodríguez.

President Raúl welcomed back the delegation Tuesday at the José Martí airport, exchanging handshakes and hugs.

During the exchange, Cuban diplomats noted that this year's 8th Summit of the Americas in Peru developed in complex circumstances, different from the political context that prevailed in 2015 in Panama.

This year's hemispheric summit was marked by a reemergence of neoliberalism and the counteroffensive of right-wing forces against progressive governments and social movements in the region.

The Cuban delegation and representatives from civil society and social movements in other countries raised their voice in solidarity with Venezuela, the constitutional government of President Nicolás Maduro and former Brazilian President Luiz Inacio Lula da Silva, who are being subjected to constant attacks   and political persecution by right-wing forces with foreign backing.

In welcoming home the Cuban delegation, President Raúl was accompanied by Esteban Lazo Hernández, president of the National Assembly of People's Power, Miguel Díaz-Canel Bermúdez, first vice-president of the Councils of State and Ministers, José Ramón Machado Ventura, second secretary of the Central Committee of the Communist Party of Cuba, and Marcelino Medina González, First Deputy Minister of Foreign Affairs were also at the reception.