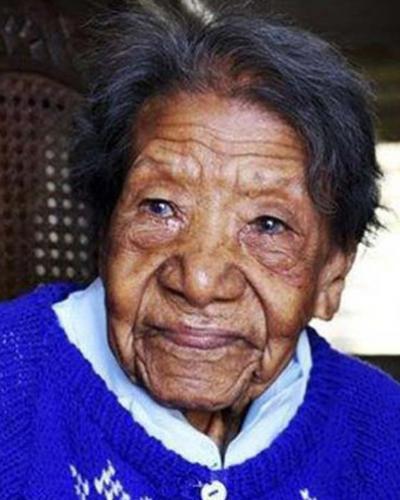 Cienfuegos, June 26 (RHC-PL)-- Maria Emilia Quesada, the oldest person in Cuba and possibly the world, will be buried today in Cienfuegos, where she was born 117 years ago, on January 5, 1901.

Quesada, known as The Dainty or The Jewel of Montserrat, the latter because of her active participation in the Catholic community of the parish of Montserrat in this provincial capital, died on Monday without any signs of suffering.

The Cuban super centennial never appeared on the list of the Gerontology Research Group, based in Los Angeles (United States), created in 1990 and dedicated to recognize the oldest people on the planet. This institution considered the Japanese Nabi Tajima, who died last April 21, the oldest human being.

Tajima was also recognized by the Guinness Book of Records and was born on August 4, 1900, 155 days before Maria Emilia Quesada.

Quesada survived her 15 siblings, one of whom died at the age of 100, and she had no children.