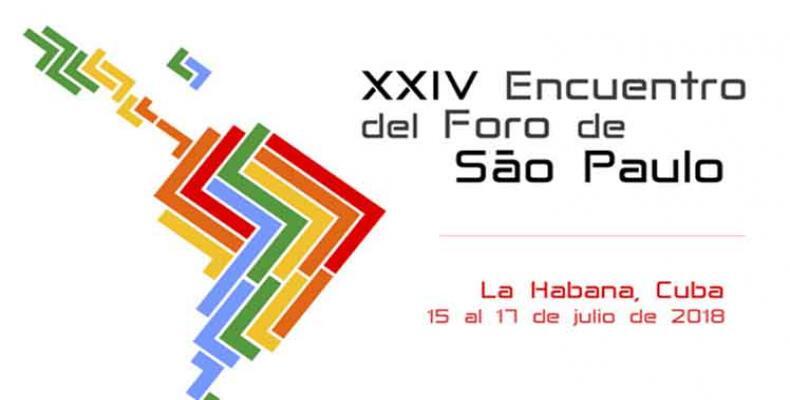 Havana, June 28 (RHC)-- The organizing committee of the 24th annual meeting of the Sao Paulo forum held an on-line debate Thursday morning on the Facebook account of the Cuban newspaper Granma.

During the two-hour debate, participants exchanged on regional unity and peace in Latin America and the Caribbean, the main themes of the upcoming gathering, set for July 15th through the 17th in the Cuban capital.

The São Paulo Forum is a conference of left-leaning political parties and other progressive organizations and forces in Latin America and the Caribbean. It was launched by the Workers' Party of Brazil in 1990 in the city of São Paulo, the stated main objective of the conference being to argue for alternatives to neo-liberalism in the region.