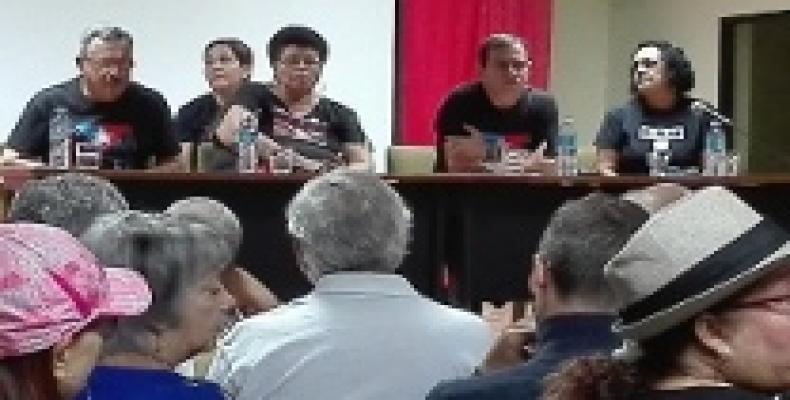 The Puerto Rican brigadistas were received at the Julio Antonio Mella International Camp in the western province of Artemisa, where they exchanged with members of another solidarity brigade the José Martí European Brigade, who are also visiting in a show of support for the Cuban people and their Revolution.

During the exchange, the Puerto Rican solidarity activists denounced Washington's colonial rule over the Caribbean island against the will of the Puerto Rican people. They blasted specifically the wave of privatization of basic services like health, education, energy and water resources, following the devastation caused in the aftermath of last year's hurricane season.

The Puerto Rican activists praised the international community for its solidarity with their cause, particularly Cuba, which they said was instrumental in the approval of a UN resolution that urges Washington to free Puerto Rico from its colonial rule.

Both solidarity brigades will participate alongside the Cuban people in activities marking the 65th anniversary this year of the revolutionary attacks on the Moncada and Carlos Manuel Céspedes barracks on July 26th, 1953.