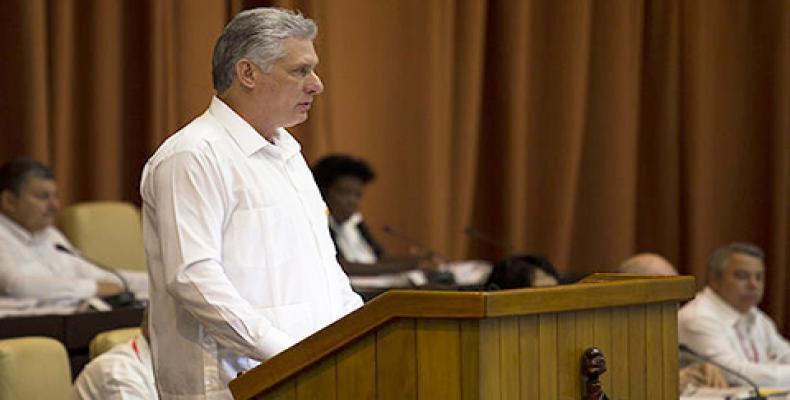 The suggestion of the membership of the top executive organ was made by the president of the Council of State and Ministers, Miguel Diaz-Canel Bermudez.

The new Council is made up of 34 members, among them 8 women, and is age average is 60 years

In its current configuration, 17 ministers were ratified, and 9 new ministers were appointed, among them those of Economy and Planning, of Public Health and Culture.

Ramiro Valdez, Ricardo Cabrisas Ruiz and Ulises Rosales continue their role as vice-presidents of the Council of Ministers, while Roberto Morales and Ines Maria Chapman were newly elected as vice presidents.